Keeping Up With The Kardashians star Kim Kardashian West turns 36 today. Seems like only yesterday, she was freaking out about turning 30 and loaded her face with plastic surgeries. Following the robbery incident in Paris earlier this month where she lost millions, Kardashian still remains pretty shaken up and will not be having a big birthday bash this year.

However, her husband Kanye West does seem to be making some last-minute arrangements on her birthday. People’s magazine reported that Kanye has spent over 6 hours with the staff to plan for his wife’s big day. The original plans were for a lavish birthday for the luxurious celebrity. But, they had to be dropped due to security reasons and the fact that Kardashian feels the need to be with her family at the moment. Upset that he wouldn’t get to throw a big birthday bash for his significant other, Kanye couldn’t hold back from gifting her Lorraine Schwartz ruby drop earrings.

Kardashian’s long-time BFF Allison Statter too had something special planned and shared a series of 30 photos from the star’s sweet sixteen on the Kim Kardashian West website. In her post, she reminisces about the time when “Auntie Kris and Uncle Robert” welcomed all her friends to a lovely lunch at Cicada. As Kim walked out of her house she was surprised to see a brand new white BMW just waiting for her to turn the ignition and grab the steering. The post went on to say, “As Kim and I have grown up together and gone through some life milestones—like getting our first jobs, moving into our first apartments, getting married and having babies—it’s nice to look back at all of our memories together. Her 16th birthday will always be a special memory because it was at a time in our lives where we didn’t have as much responsibility. We enjoyed every moment of being 16 together! Happy birthday, Kimmie. I love you more than you know!” 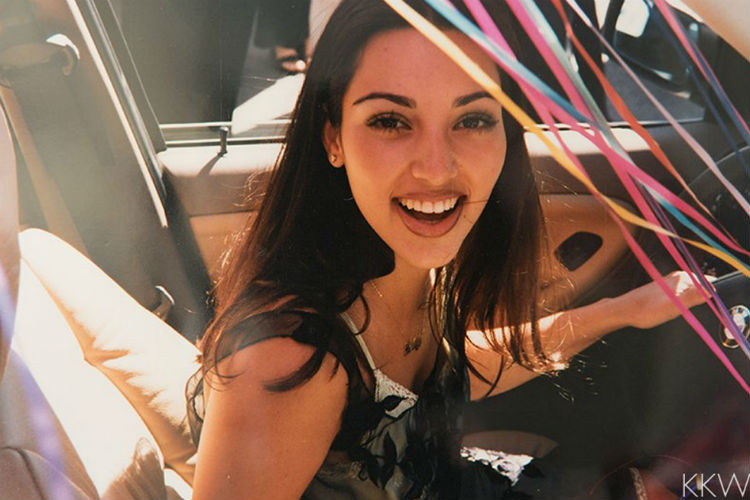 She may have a lot of haters but it’s nice to see that she has such loving friends and family, supporting her in the time of need. Earlier, Kim’s sister Kourtney Kardashian had reported that the star is still really shaken up, a feeling that the entire Kardashian clan currently shares. Kim’s assistant Steph posted an update on the private family get-together on the celebrity’s app stating that Kardashian will be taking a “much needed time-off” and will not be seen making a public appearances. Instead, she will be spending her day by enjoying a nice, cosy evening with her family. As disappointed her fans are that she won’t be revealing much this year, here are a few pictures from the time when Kardashian didn’t shy away from “revealing” a bit too much.