It happens only once in a million years that a character as epic as Babu Bhaiya gets introduced to the world. It has been 17 years since Hera Pheri released, but Babu Bhaiya still remains the best thing Bollywood has given us. His wit knows no bounds. You are sure to get your intestines twirling as soon as he opens his mouth to spread some precious combinations of words. Despite being a bit confused always, he is the pharaoh of wit, undisputed ruler of comebacks, and the ultimate sass king of the Bollywood. And there could not have been a better person than Paresh Rawal to bring this epic character alive on screen. On Paresh Rawal’s 67th birthday, we thank him for giving Babu Bhaiya to us and show you the times when Babu Bhaiya was sassier than the sassiest person we know today--Priyanka Chopra. 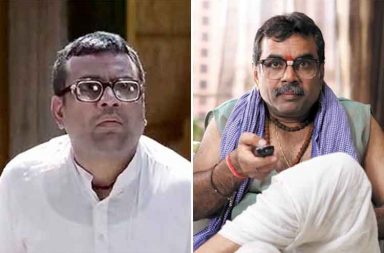