The result of the clash is out and for the weekend the clear winner is Ae Dil Hai Mushkil. On one hand, Ajay Devgn’s Shivaay collected around Rs 7.75 crore on Sunday, taking the three-day weekend total to Rs 28 crore whereas ADHM collected 9.20 crore on Sunday, thus, making the total weekend business of Rs 35.60 crore.

ADHM fared best in Mumbai, Delhi, Chennai, Kolkata, Hyderabad, Pune and Bengalur while Shivaay did good at Central Provience, Central India, Rajasthan, Uttar Pradesh and Bihar. Karan’s film is faring well at multiplexes, however, Ajay’s film is ruling the single-screen theaters. In spite of Diwali celebrations, the films are having a good run at the Box-Office.

Today is the biggest day of the year for both the films in terms of business opportunity. However, for Shivaay the critics’ reviews are on the negative side and ADHM has positive reviews.

The collections of both the films are quite good given the clash. However, since Shivaay is a high budget film, it has a mountain to climb from here on. Ae Dil Hai Mushkil is also a big film with bigger star-cast and it needs at least Rs 100 crore at the domestic Box-Office to emerge a hit. 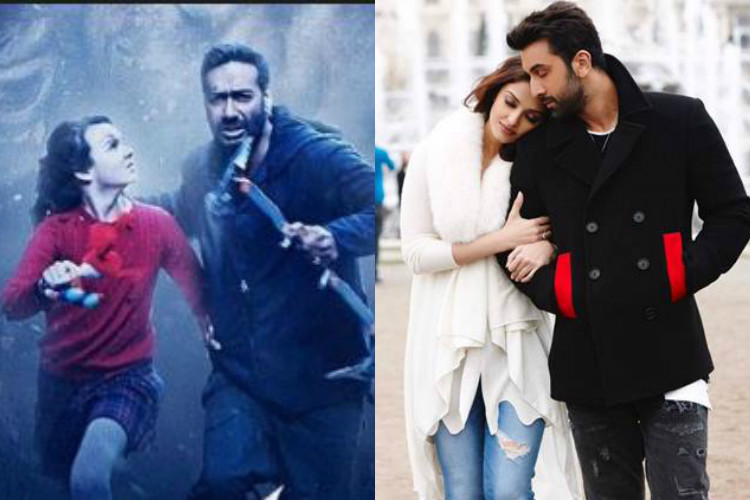