A restaurant in Kerala’s Kozhikode will ensure that you leave there contented, for two reasons. Located in Gujarati Street, Ikkayees restaurant serves a variety of Kerala food ranging from ‘Puttu Biriyani’, ‘Kappa’ to ‘Special Fish Fry’.

But it is not just the aroma of mouth-watering delicacies that pull people to ‘Ikkayees’, but three smiling faces that serve you food — Ameen, Mubasheer, and Arinshad, all of them differently-abled. Ameen, Mubasheer and Arinshad, who are in their early 20s, have Down Syndrome and are students of a special school, We Smile in Nadakavu, Kozhikode. 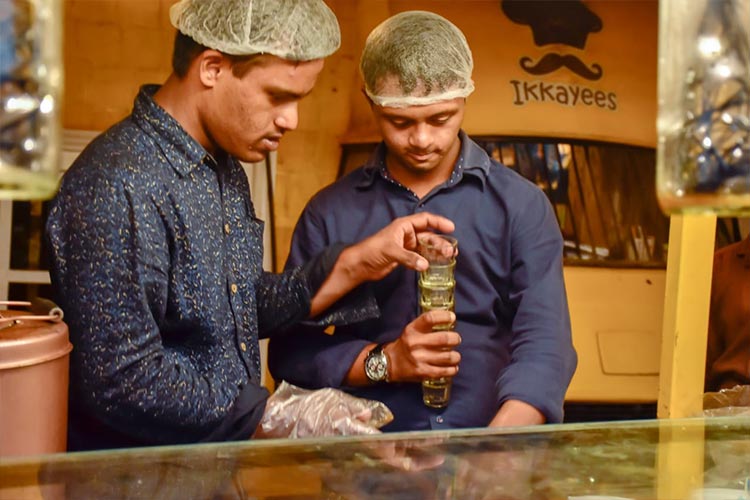 N Fulaij and Shabeer, who runs ‘Ikkayees’, hired the trio in an attempt to make them self-sufficient.

Fulaij says “I don’t think I have done something extraordinary. These kids are not supposed to be isolated. They are not disabled but are differently-abled. And giving opportunities like these would help them come to the mainstream. Even after studying from the special school, many differently-abled people remain unemployed and dependent on their parents.”

Thus came the idea of ‘Ikkayees’. Fulaij and five other youngsters began the venture in 2016 as a food truck which later transformed into a restaurant. From serving the customers to billing the amount and calculating the balance they have learned it all in just three weeks. “In the beginning, Ameen was afraid of traveling alone in the darkness. But now he takes the bus by himself. Similarly, Mubasheer used to be very shy. He used to stammer when mingling with customers. But now he mingles, and the stammering has also reduced,” says Fulaij. 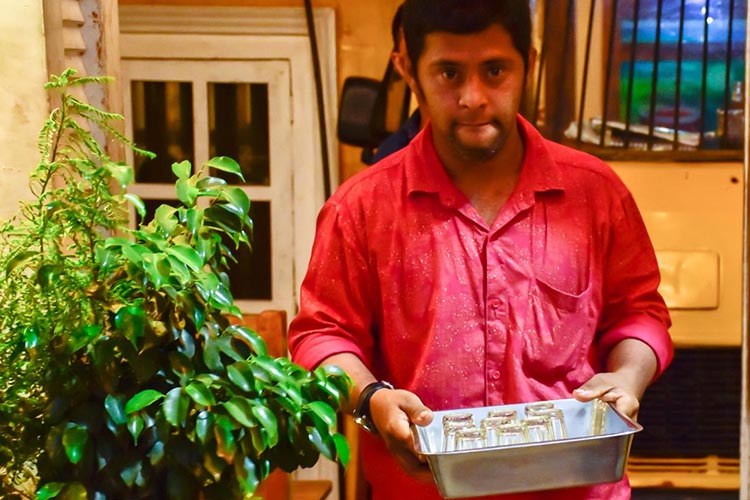 He attributes the success of the shop to their customers as well, who have accepted them with open arms. “They are supportive and never react impatiently. Knowing that the three of them enjoy singing and dancing, customers too motivate them to show their talent,” says Fulaij.

The snacks served here are made by the housewives living near the restaurant, which Fulaij says is an attempt to make them financially independent.

The trio is enjoying this newfound popularity. “Earlier their neighbors used to look at them with sympathy. But now they are being recognised by everyone and people are being more empathetic towards them,” says Fulaij.  Now they have started earning, all the three have hopeful of their fulfilling dreams

Mubasheer says he wants to work earn money and help his sisters in paying off their debts.  For Ameen, he does not have to depend on his mother for bus fare or other daily expenses.