Parineeti Chopra has already stolen everyone’s heart with her melodious voice and song Maana Ke Hum Yaar Nahin from Meri Pyaari Bindu. But apart from that, the actress recently did an endearing photoshoot for one of the leading magazines and by the looks of it, the actress has displayed her charming side to her fans.

Styled by Divyak D’ Souza, Pari looked drop dead gorgeous in a beautiful Zara dress. The best part about the whole photoshoot is that it is apt and in sync with the summer wear. The vibrant and breezy outfits by Swarovski further enhances the coolness quotient of the overall shoot.  With smoky eyes and simple makeup, Parineeti Chopra is set to mesmerise her fans before the release of her films. The photos were clicked by Taras Taraporvala and here are more pictures from the photoshoot that will give you major fashion goals! 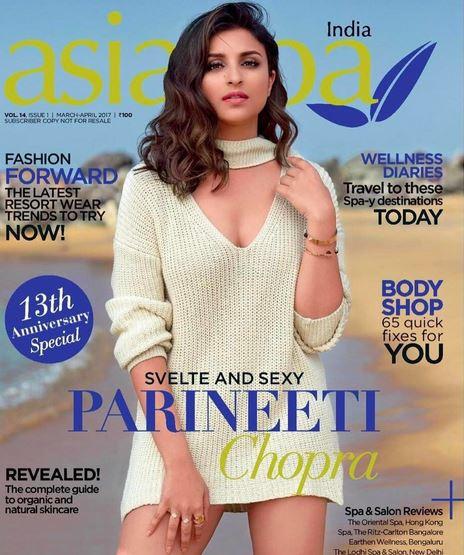 The actress looks cute in a barbie wrap pink skirt dress. In another photo, Parineeti Chopra flaunted her cute avatar in a mustard yellow crochet and pine flower dress from Lakme Fashion Week.

On the professional front, Parineeti’s movie revolves around the life of a novelist played by Ayushmann Khurrana who is in love with Bindu ( Parineeti Chopra). The trailer of the film has already piqued the interests of many. Apart from Meri Pyaari Bindu, Parineeti will be seen in Golmaal 4. Directed by Rohit Shetty, the movie will bring back the ensemble cast of Ajay Devgn, Arshad Warsi, Tabu, Shreyas Talpade, Tusshar Kapoor and Kunal Kemu.

Parineeti’s latest photoshoot is the perfect start for the month of April. Earlier, Alia Bhatt also tempted her fans with a sizzling cover shot for a leading magazine.

Also see: Hot or not? Alia Bhatt is the ‘reluctant millennial’ in the latest cover shot