Rangoon actor Shahid Kapoor has a huge fan following and that is a fact that we can’t reckon with. I remember the first time I saw him on the big screen in Ishq Vishq, I knew he had a great future ahead. Fourteen years down the line, the lad has matured as an actor and is appreciated by the people for his impeccable fashion sense and gentlemanly attitude.

His latest photoshoot for a leading magazine is distinctive and does make a strong point to others. Masculinity is subjective and for Sasha it does have a subtle touch of feminity in it. His latest photos prove why he is still touted as one of the most desirable men in the Bollywood industry. 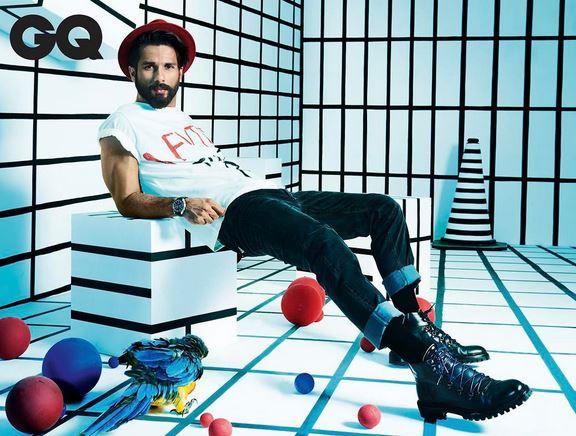 I remember that our very own Haider of the industry once shocked us all with his statement where he stated that there was a time when he was a fashion victim. He said, “I think I was a fashion victim ten years back. I had absolutely no idea about what to wear or where to buy.” Trust me, Shahid Kapoor’s latest series of photos are opposite to what he stated back then. 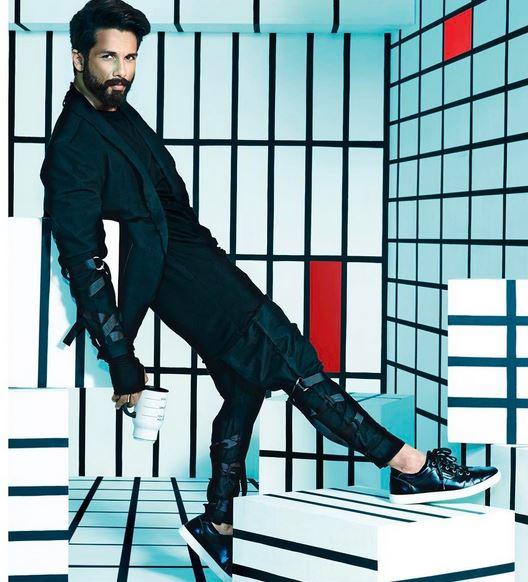 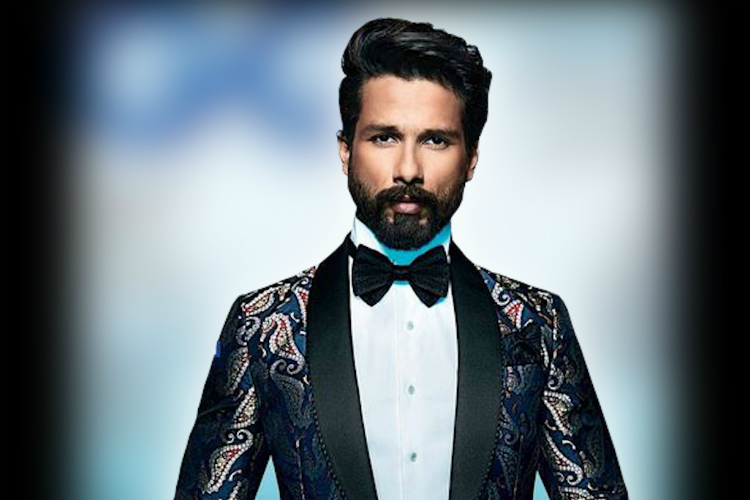 The actor flaunted his hyper-masculinity by wearing flowers at his cuff. The seahorse design on his tuxedo added to the overall look. 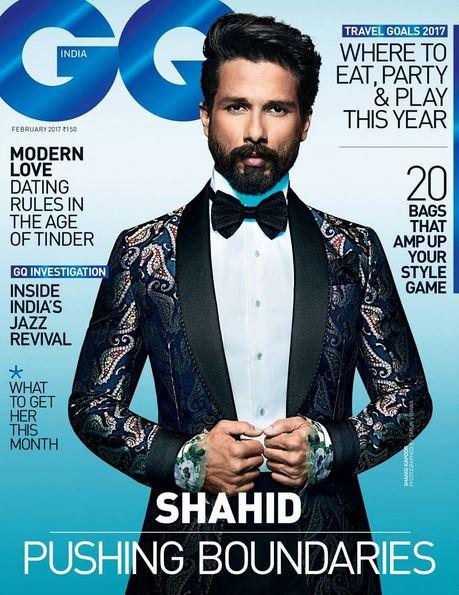 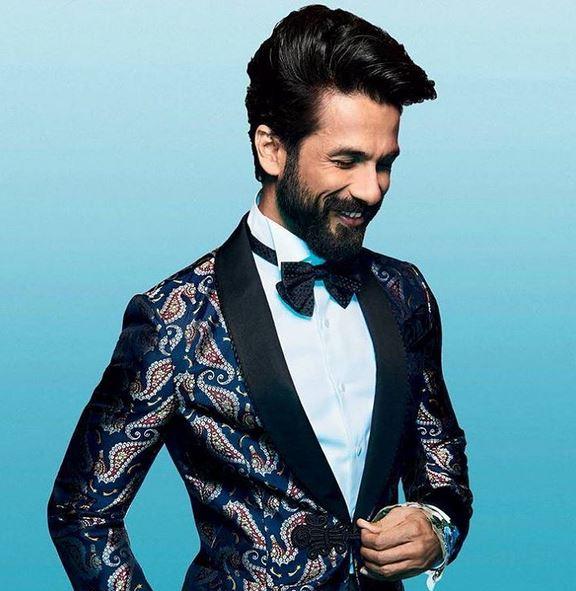 The chocolate boy of the B-Town industry gradually transformed into the most desirable man of the Bollywood. The fame did not come overnight and the actor had to prove himself time and again. Shahid Kapoor went retro with black-coloured flared pants by Rajesh Pratap Singh. 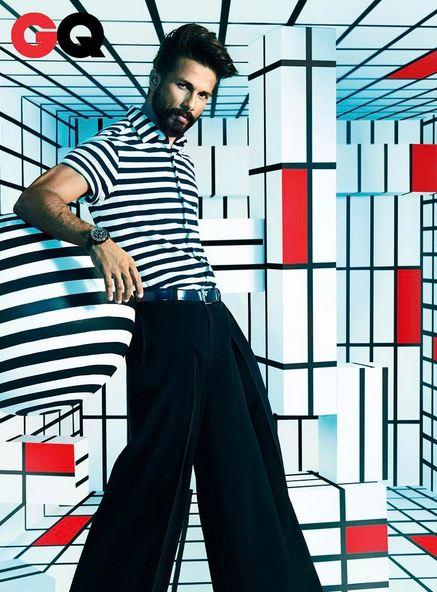 The actor ensured to look more attractive by wearing a Polo T-shirt. To add to the look, he wore an Omega watch.  However, what did keep him at par with others was his confident, eccentric and trendsetting fashion sense.

Surprisingly, he once confessed that he did not know how to use social media or for that matter google to discover what was going around him. Shocking! Because the way I see it, things are completely different. 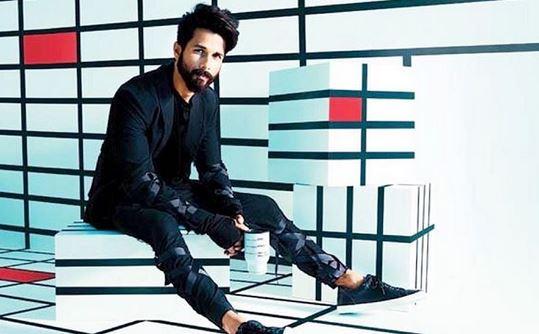 Going by the titles he has received all these years, I feel that the actor has established himself as a strong fashion icon. In 2015, he was placed among the top ten in the most desirable men list by Times of India. Every single time he breaks shackles and creates a new one. What do you think about his latest photoshoot, do let us know!