If you were in awe of Parineeti Chopra’s voice in the song Maana Ke Hum Yaar Nahin from her upcoming film Meri Pyaari Bindu, there is some good news for you. The diva will croon for other songs in this Akshay Roy directorial as well. Reports have it that Parineeti will lend her voice to many classic songs, making this a good news for her fans.

The teaser of the film featured a reprised version of the classic song Abhi Naa Jaao Chod Ke, and it was loved by viewers. Well, the fact that Parineeti will sing more songs in it has definitely added to the anticipation of the movie.

Parineeti sailed through the playback courtesy the training she go from her father when she was a child. During the promotions of the film, Parineeti told media she knew she would sing one day or another. While Parineeti will be seen as an aspiring singer in Meri Pyaari Bindu, Ayushmann Khurrana essays the role of a bad singer. Ayushmaan, who is an accomplished singer, said he had to unlearn many things to get into the skin of the character. 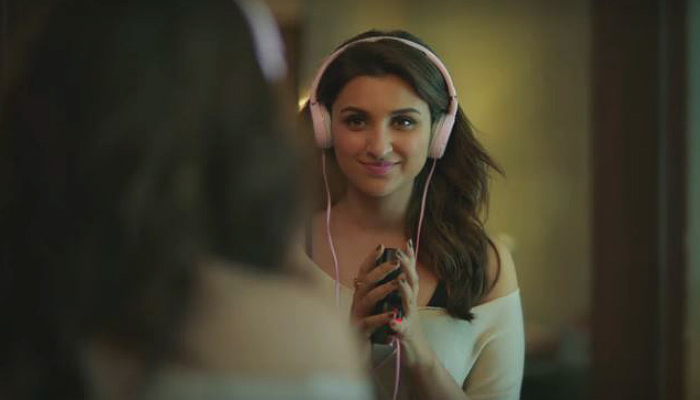 This seemed like the right role for me to take that step, just like in the old movies, when actors could sing for themselves

The chapter 1 of Meri Pyaari Bindu that was released yesterday showed Ayushmann and Parineeti bond over a mixed tape. The film will release on 12 May.