The Kangana-Hrithik controversy is not going to end anytime soon we guess, courtesy our beloved celebs who, quite regularly, share their rather deep understanding of the whole issue (and leave us further confused)! After Farah Khan said that Bollywood’s Queen was playing the ‘woman’s card’ every time, Kangana Ranaut’s sister Rangoli decided to come into the picture by slamming not Farah Khan, but singer Sona Mohapatra. The singer had earlier claimed in a long Facebook post that Kangana was doing all this to promote her upcoming film, Simran.

In the Facebook post, the singer had written that the fight with the Roshans was Kangana’s way to promote Simran. Sona had unabashedly said that by ‘washing dirty linen in public’, Kangana was doing a disservice to feminism. Reacting to this, Rangoli has now tweeted that Sona was a ‘black spot’ on womanhood.

In the series of tweets, Rangoli indicated that it was unfair to term someone’s story as a ‘circus’. Defending her sister’s decision about talking about what she went through, Rangoli came down heavily on Sona. She said it was people like Sona who thought about post release and pre release strategies. She said that it was Sona who was a slave of movie release calendar and not Kangana. 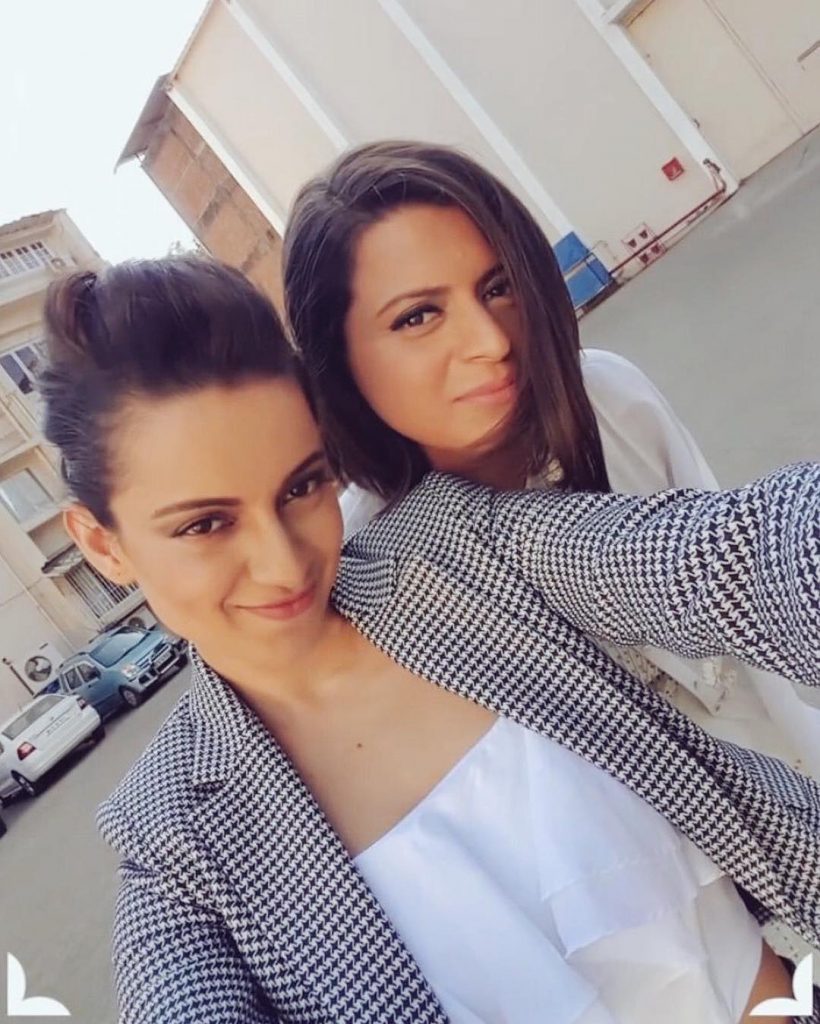 Kangana’s battle with Hrithik Roshan has taken a turn which confirms the controversy will not die anytime soon. The actress is on an explosive comment spree. In all the interviews the actress has been giving lately, she has been more than vocal about Hrithik and his family (calling them ‘liars’). Kangana also said in one of the interviews that Hrithik should be man enough to apologise to her. Talking about their alleged relationship, Kangana said Hrithik was the one who cheated.

Since Kangana has been so vocal about her past, it was only obvious that many celebrities would react to this. Sona’s opinion on this, however, did not go down well with Rangoli. Here is what she said:

Also read: Apurva Asrani lashes out at Kangana Ranaut without taking her name, says he’s fed up of pseudo-feminism

And here is a reminder for you to what Sona wrote on Facebook:

Apart from Sona, there have been various celebs who spoke about it. Farah Khan said in a recent interview that Kangana was using the ‘woman card’. She said:

I don’t want to take anyone’s name, I don’t want to get caught in between. But every time you are playing a woman’s card. For me feminism is equality.

It seems the entire episode is getting murkier by the day. Don’t you think?