Bigg Boss 10 Day 11 saw an unusual argument. Two of the most subdued contestants in the show — Navin Prakash and Lokesh Kumari Singh, were pitted against each other in an immunity task.

The day started with a brief argument with VJ Bani and Nitibha. While cleaning up an area around the beds, Bani found a pile of used tissues and expressing disgust over the same, she uttered ‘gande log’. When Nitibha objected, Bani retaliated saying she didn’t target a particular person.

Contestants are told to pick one person from their respective teams who they think have given the least contribution in the luxury budget task. While Indiawale decided on Swami Om’s name, the celebrity contestants picked Monalisa. And once again, the two ‘nirashajanak’ contestants are sent to the jail. Mona even scolded her team members for the decision and told them that they deserved to lose the way they did. 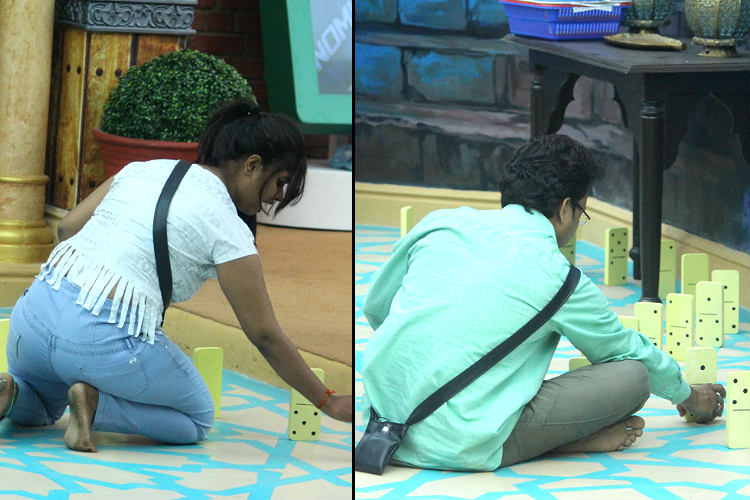 Later, Navin and Lokesh were given a task where they had to take the help of celebrity contestants. Each celebrity was given a basket full of dominoes. Navin-Lokesh were asked to collect as many dominoes as they can and make them stand upright to make a row. Most of the celebrity contestants offered to help Lokesh over Navin and gave their dominoes to her. This annoyed Navin and he started knocking over her dominoes. While he threatened to slap Lokesh, the women in the house took offense and supported her. Navin had to later back off. The task is still underway.

Seems like Navin has just added to the disappointment the contestants already had from him post the laundry task. Remember the huge fight he had with Rohan Mehra a day back? 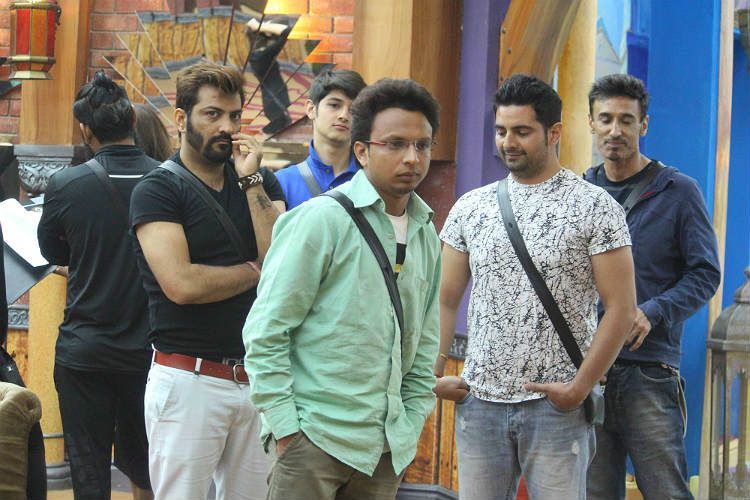 It seems with even calm contestants like Navin and Lokesh getting into major brawls like this, Bigg Boss 10 has a lot to offer from here. Watch out!