Kenny Sebastian is one stand-up comedian who usually indulges in clean comedy. The stand-up comedian is out with his routine Chai Time with Kenny special and this time he is talking about comics from our childhood. From Tinkle, Chacha Chaudhary, to the comics of the elite (as Kenny puts it) Archies, he talks about the good, bad and the hilarious aspects of these comics that we grew up with. Unlike his regular stand-up comedy specials, Kenny sits down with his favourite beverage, which is chai, for this live v-log show where he talks about everyday things. During his show he pulls out various items, this time he brings comic books, to have a casual conversation about them. Kenny’s intimate audience is tuned into his jokes on Sabu’s flexing muscles and his angry punches to the malnourished dog called Rocket.

In this particular edition, Kenny talks about his love for comic books. He says that it was quite an integral part of his growing up as he spent a lot of time reading comics during his childhood. As Kenny breaks down these iconic comic characters and his quest of fully understanding the science behind making these characters the amicable versions of who they are. 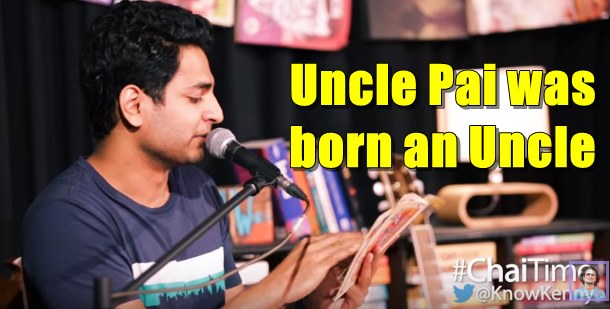 And when he picks up a comic from Amar Chitra Katha’s Rabindranath Tagore saga, he has quite a lot to say about the children on the cover of the comic book. Not a fan of the kiddie lot, eh Kenny?

And then there is the much famous comic about a black crow called The Adventures of Kalia. This Tinkle production wouldn’t have crossed the racism barometer considering the nature of today’s times. 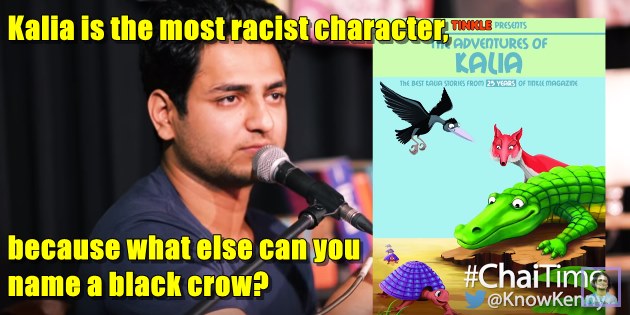 And the characterisation of all animals, from eagles as badass villains to vile foxes and senile crocodiles, Kenny has a comment for each and every one of the comic book entrees. 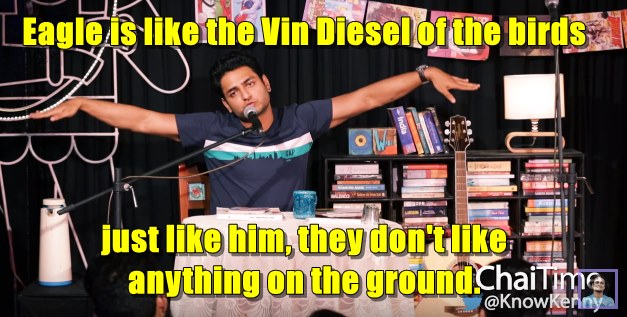 His video was posted with a postscript

P. S: Certain magazines which were not entirely comic books are still hidden under Kenny’s bed.