Popular Malayalam actress Bhavana (Karthika Menon) got engaged to her long-time boyfriend and Kannada film producer Naveen on Thursday. The private ceremony was held in Cochin in the presence of friends and family. Bhavana’s friend and top Malayalam actress Manju Warrier also attended the event.

Earlier, the Malayalam actress had revealed that she has been in a serious relationship with a young Kannada film producer. Interestingly, Naveen was the producer of Bhavana’s Kannada film, Romeo and since then the couple started seeing each other. The duo was supposed to get married in 2015 but it got postponed following the sudden demise of her father, film cinematographer G. Balachandran. 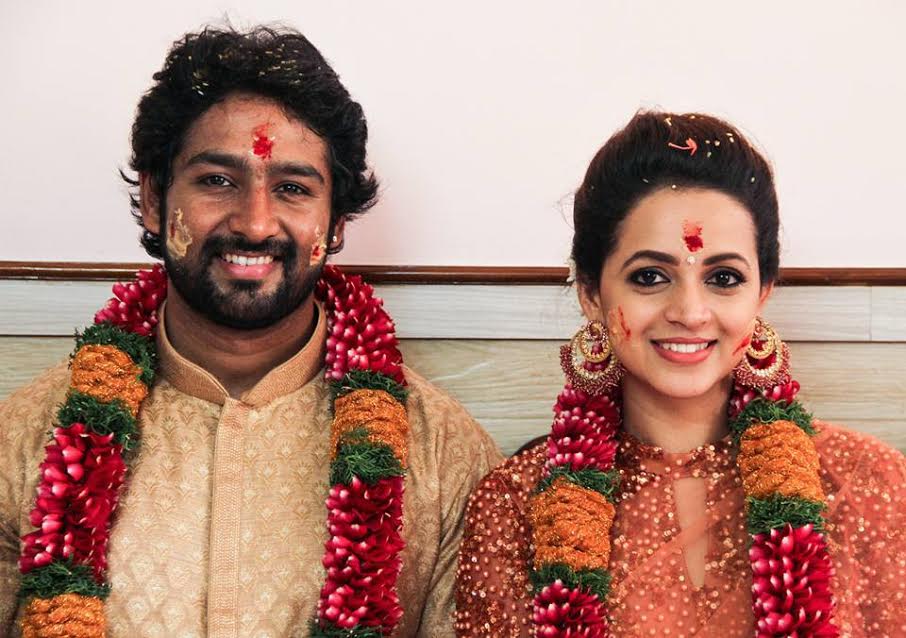 Apart from Adam, her 2017 line-up include Swapnathekkal Sundaram, Vilakkumaram, Honey Bee 2: Celebrations and Adventures of Omanakkuttan. She is also making a guest appearance as herself in Oru Visheshapetta Biriyanikissa.

The actress made her acting debut in 2002 Kamal super hit film, Nammal. In a career spanning over a decade, she has appeared in 75 films including Malayalam, Tamil, Telugu, and Kannada.