It’s celebration time for the fans of Malayalam superstar Mohanlal. After breaking most of the Malayalam and South Indian film records, Mohanlal’s Pulimurugan has again set a new record, but this time an unbelievable record to enter The Guinness Book Of World Records. Directed by Vysakh and produced by Tomichan Mulakupadam, the Mohanlal blockbuster was released on the auspicious occasion of Dusshera 2016.

On Wednesday, Pulimurugan 3D’s screening was held at the Adlux convention center in Angamaly, Kerala. The action-entertainer was screened amidst the presence of more than 12,000 audiences. With this remarkable feat, Pulimurugan has entered the Guinness Book Of World Records for the 3D movie screening for the largest number of audiences. The previous record was held by Will Smith’s Hollywood blockbuster Men In Black in Berlin’s O2 World Germany. The Lalettan starrer unseats the Men In Black 3D attendance of 6819 audiences to do so.

The huge rush and power packed attendance prove that Pulimurugan is the most celebrated Malayalam film of recent times. It’s a huge achievement considering that film is completing 200-theatrical days within next 2 weeks. Also, the world premiere of Pulimurugan is slated to be released tomorrow, on the auspicious occasion of Vishu. The film’s original home video DVD’s and Blu-ray discs were also released in the market as well.

Pulimurugan starred the five-time-national award winner in the titular role of a hunter, Murugan. Made on a whopping budget of Rs. 25 crores (biggest Malayalam release till date), the film went on to become Rs. 150 crore worldwide to emerge the first Rs. 100 crore Malayalam grosser.

Well, Pulimurugan‘s achievement is not just a proud moment for Malayalam film industry, but also for entire Indian film fraternity as well. 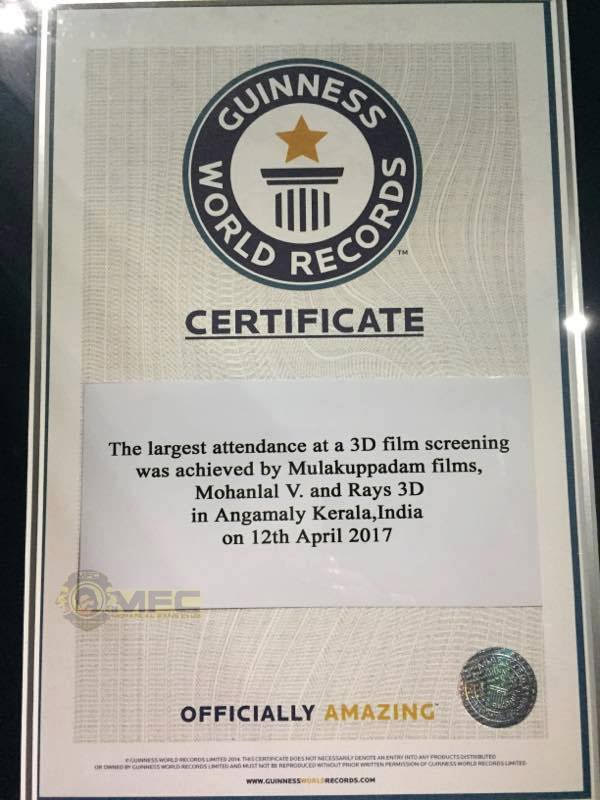