The trailer of Vinod Kapri’s Pihu aims to touch a raw nerve with the line, “every parent’s worst nightmare”. The clip, which shows a two-year-old girl trapped inside her home, is peppered with disturbing moments that would keep you on the edge of your seat as a toddler navigates through an empty home.

The first trailer, which stars Myra Vishwakarma in the main role, shows her getting locked inside a refrigerator with echoes of her cries for help. We realise that there’s no one or nothing to help her in that house. Glimpses of a woman, presumably her mother, whose still body is seen lying on the bed makes the trailer even more spine-chilling. 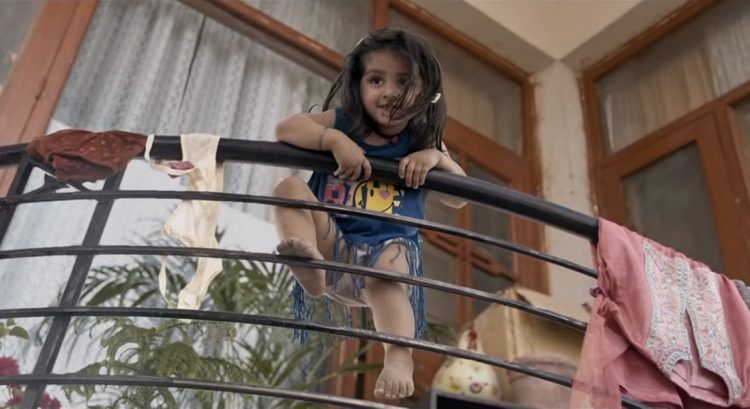 A still from the trailer. Credit: RSVP Movies

The movie has a similar appeal that Rajkummar Rao’s Trapped did, evoking a feeling of helplessness and despair from the viewer. Yet, this anguish is different because it’s a two-year-old girl, who cannot be expected to manoeuvre her way out of this situation as an adult would.

The trailer is loaded with jump-scares as a tiny Pihu tries to survive in an empty house. Be it precariously climbing a cupboard to get to a mobile phone that’s ringing or climbing a balcony railing to escape, the 2-minute trailer leaves the viewer anxious.

Pihu opened in the features section of Indian Panorama in 2017. Kapri explained how they were able to work with the child artist, Myra. “We gave her time to acquaint herself with the space as well as the crew. We would shoot for two hours a day. There were three cameras placed on the set because you can’t ask a two-year-old to give another take. The toys that you see in the film all belong to Myra.”