As promised by him, director Ali Abbas Zafar unveiled the first poster of Tiger Zinda Hai as a special Diwali gift to the Salman Khan and Katrina Kaif’s fans. A day before Diwali, Ali took to Twitter to unveil the poster of the upcoming film. This Ali Abbas Zafar directorial is touted as one of the most highly-anticipated movies of 2017 with fans eagerly waiting to catch a glimpse of the Dabangg star in the film. Salman Khan too shared the first poster on Wednesday, October 18, and wrote: “Diwali Gift…. pasand aaya? Ab Christmas pe milna… #tigerzindahai(sic).”

Soon after the poster was released, Salman’s fans took no time in showering their love for the actor. They took to  Twitter and shared their views on Salman’s latest look from the film. They did not just talk about Salman’s first look but also went on to target Shah Rukh Khan and compare the actors.

‘All time blockbuster’, Awesome, Killer these are the words  twitteratis have used to show their excitement for the film.  Check out here what they all have to say about the first look poster of Tiger Zinda Hai:

That tagline
“No one hunts like a wounded tiger” gonna epic#TigerZindaHai pic.twitter.com/jg2t1bJ2Vb

MAKE WAY for the KING of BOLLYWOOD BO – Here’s the FIRST look of #TigerZindaHai pic.twitter.com/K6Ju2m3Ydl

Industry ka baap is back! #TigerZindaHai

Awestruck! No words to describe the feeling. #TigerZindaHai

No one hunts like a wounded tiger…
Killer first look poster #TigerZindaHaipic.twitter.com/ykuJqgShwO

Featuring Salman Khan, the tagline of the poster reads, “No One Hunts Like A Wounded Tiger.” Check it out here: 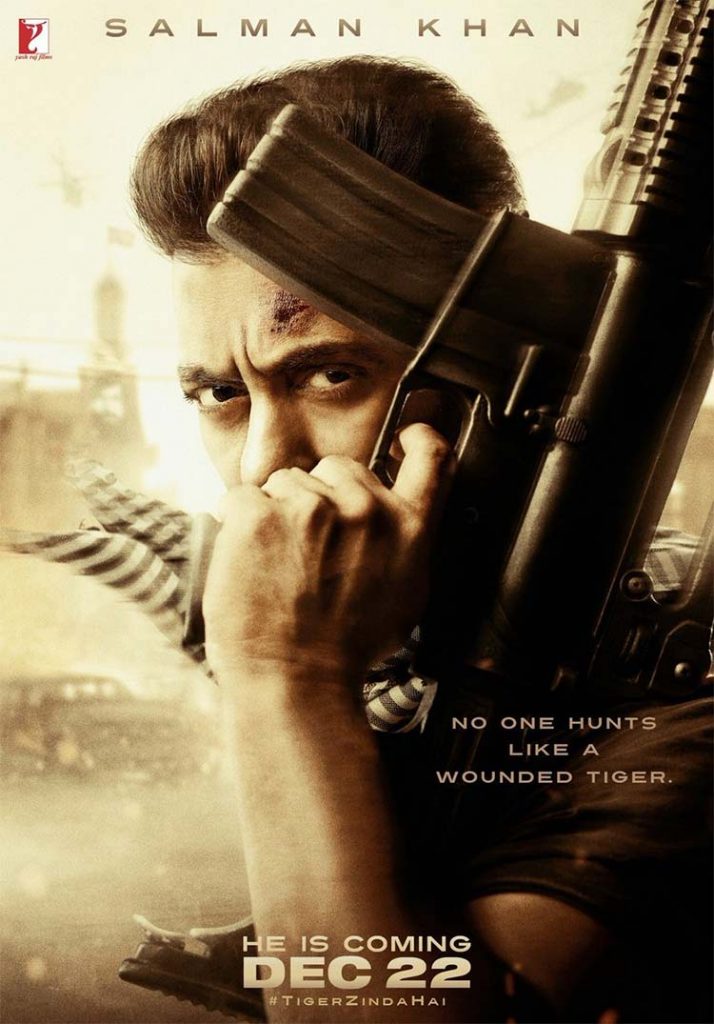 Helmed by Ali Abbas Zafar, Tiger Zinda Hai is a sequel to Ek Tha Tiger and also stars Katrina Kaif in the lead role. The film will also mark the comeback of Salman and Katrina on the big screen after a gap of almost five years. They last appeared together in Kabir Khan’s Ek Tha Tiger in 2012.